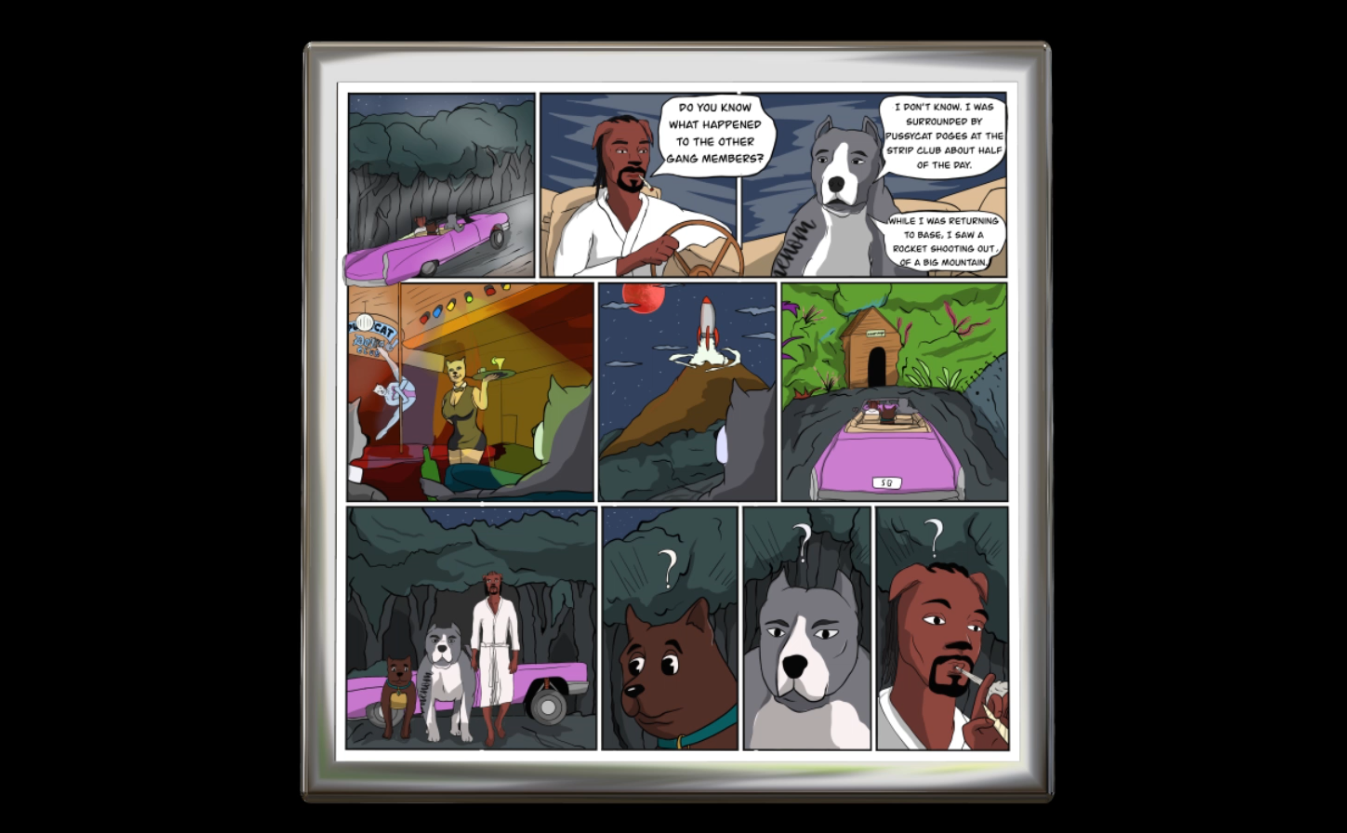 The car continues its way back to Snoop doge’s Head Quarter, the Compt’Hood. The mist from the giant bong starts to intensify, which means that our protagonists are getting closer to the HQ.

During the journey, Snoop doge asks Phenom if he has any information about what happened to the other members of the gang.

“FLASHBACK” — Phenom tells him that he doesn’t know anything because he was surrounded by bitches in a strip club that is about half a day on foot. It’s during his return to the HQ that he saw a rocket coming out of the big mountain. This information from Phenom made Snoop doubt that Cezee and his cats were responsible for the gang’s disappearance.

The vehicle arrives at the HQ and parks itself at Snoop doge’s kennel; of course, the car has hydraulic suspension, the front ones are up, and they get down of the car. They are so happy to be back in their booth.

Astonished, our dogs’ nose activates, and they all get a strong cat smell. Not seeing them outside, they decide to go to the doghouse.