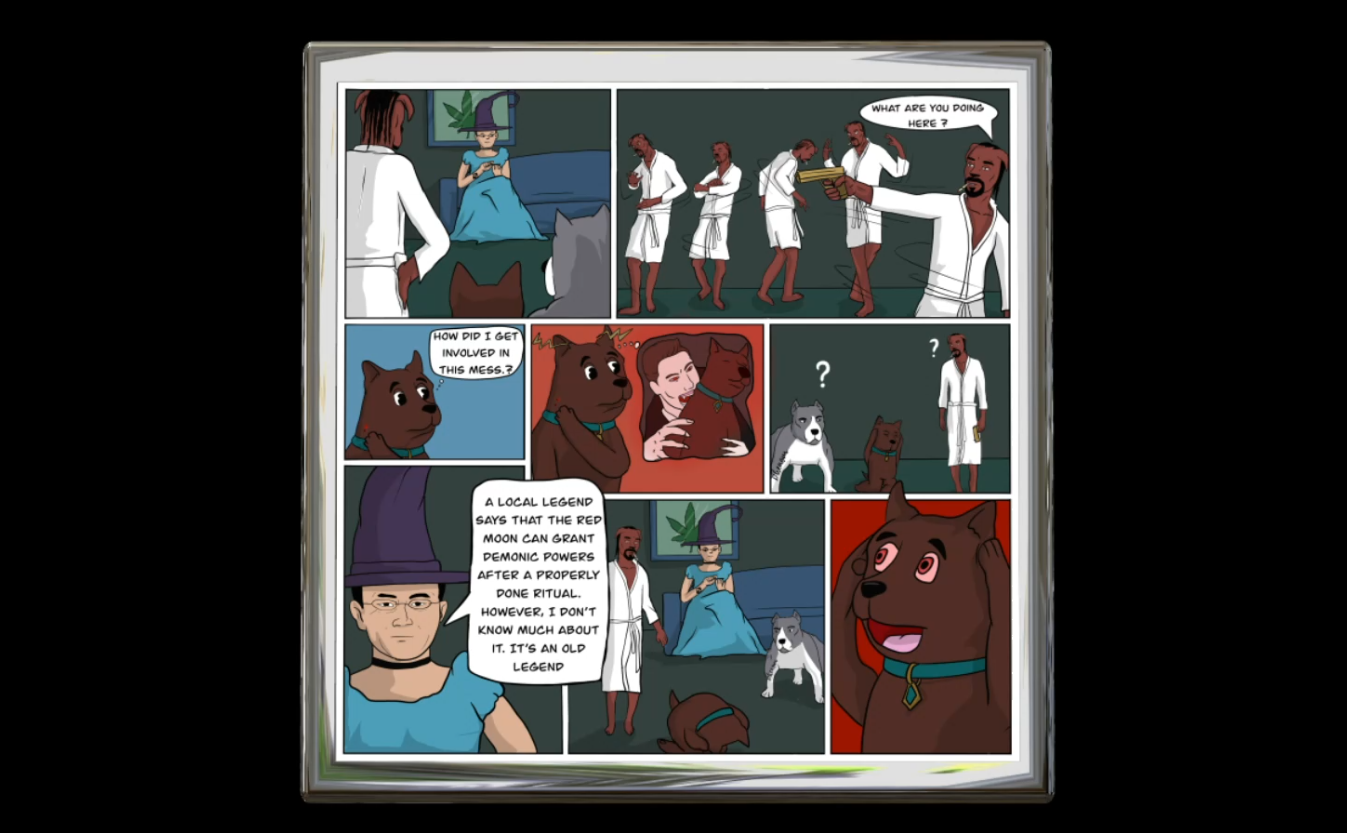 On Snoop doge’s couch, there is Princess Cezee filing her nails. Snoop and Phenom do a C-WALK (Crips Gang Dance) to impress her and point their guns at Cezee and ask him to explain his presence.

Meanwhile SCooBi, still a little bit shocked by the sacrifice he escaped, wonders how he got into this mess.

At the same time, he touches his neck and realizes that he has a hole coming from a canine of Draculon. The interruption of the sacrifice by Snoop doge and Phenom surely prevented the worst.

Suddenly, Scoobi feels a burn in his neck, his eyes turn red. Snoop doge and Phenom, thanks to their survival animal instinct, felt this brief anomaly and turn to Scoobi very quickly! The threat was intense and out of proportion.

Princess Cezee speaks up, with a shy and scared tone, and tells the dogs group that a local legend says that the red moon can provide demonic powers if a ritual is properly performed.