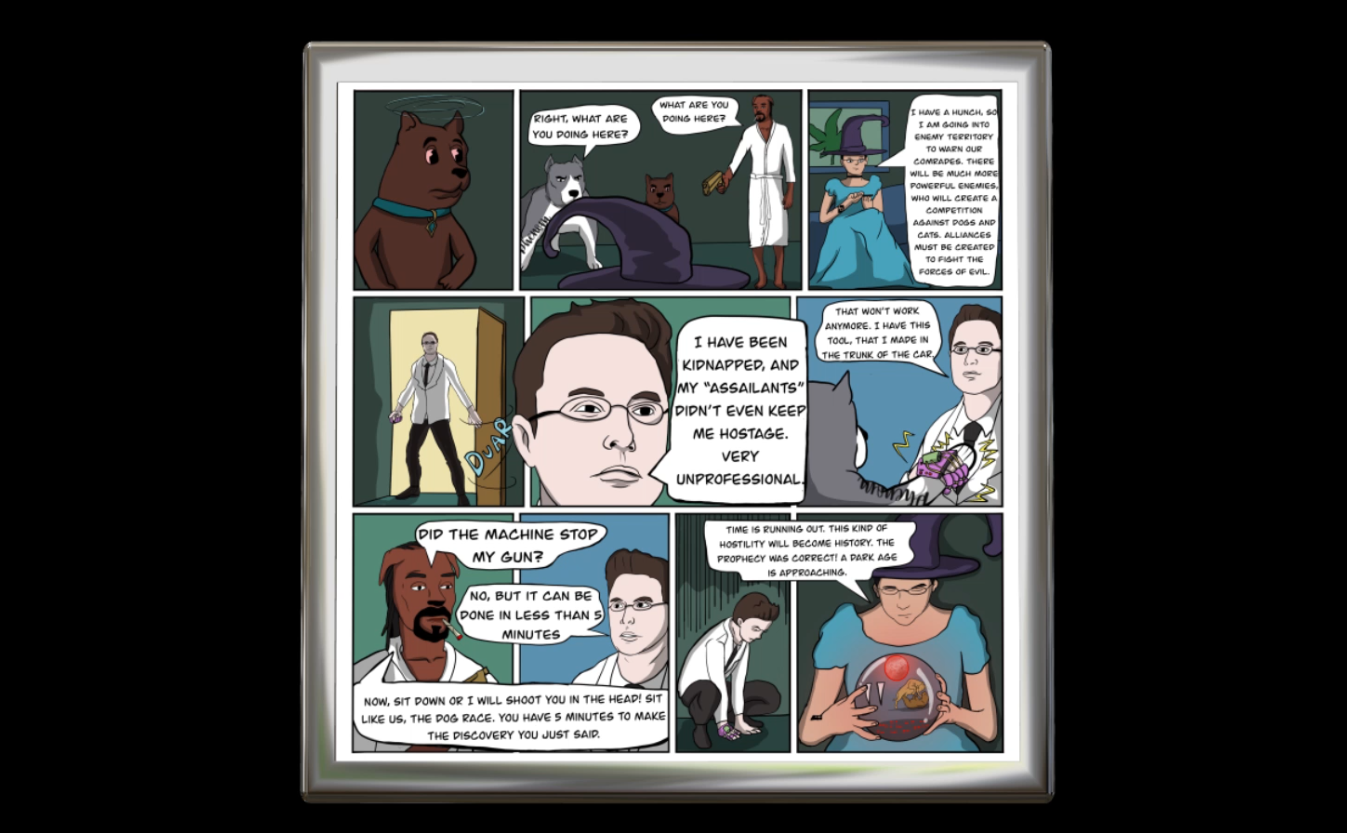 Scoobi’s side effects fade, but he keeps his red eyes. Our two dogs, mainly Snoop doge and Phenom point their guns at Cezee again and ask him about his presence.

Cezee, with an Olympian calm, answers that he had a premonition and that he ventured into enemy territory to warn our companions. Indeed, the new enemy of which Cezee is talking about is much more powerful and will make the rivalry between dog and cat seem like peanuts. An alliance will have to be created in order to fight the forces of evil.

Suddenly, Boredulon Musk bursts into the main room and says that he has been kidnapped and that his “assailants” are not even looking after their hostage, which is very unprofessional.

Snoop doge and Phenom tell Boredulon that they have simply forgotten him because he is insignificant, and Phenom tries to slap him again as he has done before, but this time, the slap does not reach Boredulon because of his last invention. Indeed, during the captivity in the trunk of the car, Boredulon designed a small anti-slap device.

Snoop points his gun at Boredulon and asks him if his machine can stop bullets; Boredulon answers that it doesn’t but that it could be done in less than 5 minutes. Snoop doge orders Boredulon to sit down, or he will be shot in the head.

Boredulon sits down like a human, and Snoop doge tells him that we don’t sit like that here, and Boredulon changes his position to sit down like dogs do. Snoop doge gives Boredulon 5 minutes to upgrade his invention as he said it.

Cezee speaks again, indicating that time is running out and that this kind of animosity will be past history while pulling out his crystal ball. The crystal ball starts to show images of the red moon, two canines, bulls, and bears at war, and finally an army of shadows with red eyes and canines like in the dungeons of the castle. Cezee concluded with: the prophecy was true! The new dark age is coming.