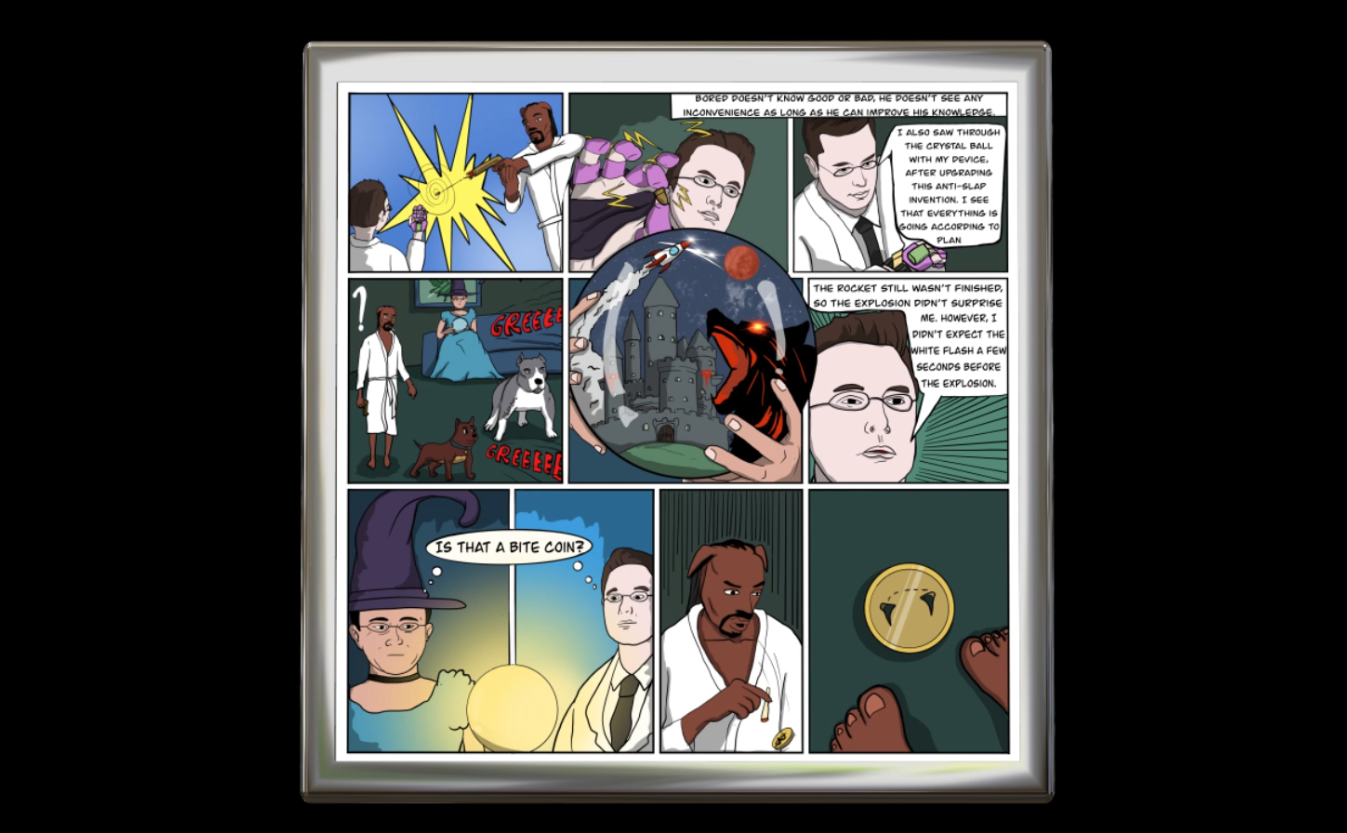 Edition of 50
3% royalties
NOT FOR SALE
Owners
Offer
Description

The 5 minutes given to Boredulon are over. Snoop doge pulls his gun and shoots him. The anti-slam system intercepts the bullet and leaves everybody in the room speechless.

Boredulon speaks up. He was also watching the crystal ball through an articulated camera when he was improving his anti-slap invention.

He indicates that what he saw follow the plan of his twin brother. Boredulon doesn’t know what is good and what is bad, so he doesn’t see any inconvenience as long as his science can improve, and since he is a bit autistic, always focused on his inventions, only science matters to him, so he didn’t realize that the plan was this big.

All of a sudden, the earth starts to shake violently, and a scream is heard in the distance. Cezee’s crystal ball starts to display a castle and a large red and black shadow in the shape of a werewolf.

The next image shows a rocket, which looks like the one used as an elevator in the mountain, but this one takes off from the castle. The rocket is getting high in the sky when a white flash, followed by a huge explosion, occurs.

Boredulon announces that this rocket was not finished and that the explosion does not surprise him; however, he is very surprised by the white flash that took place a few seconds before the explosion.

Suddenly, the crystal ball starts to shine brighter than in the last images. It reveals a bitten yellow coin. Boredulon and Cezee say in heart: This is the legendary Bite Coin from the dark age! This legend is also true! Scoobi suddenly gets a stomachache, coughs, and spits something out. This “thing” bounce on Snoop doge’s shoulder and fall on the ground. It looks like a coin with a bite in it. This is the famous Bite Coin!