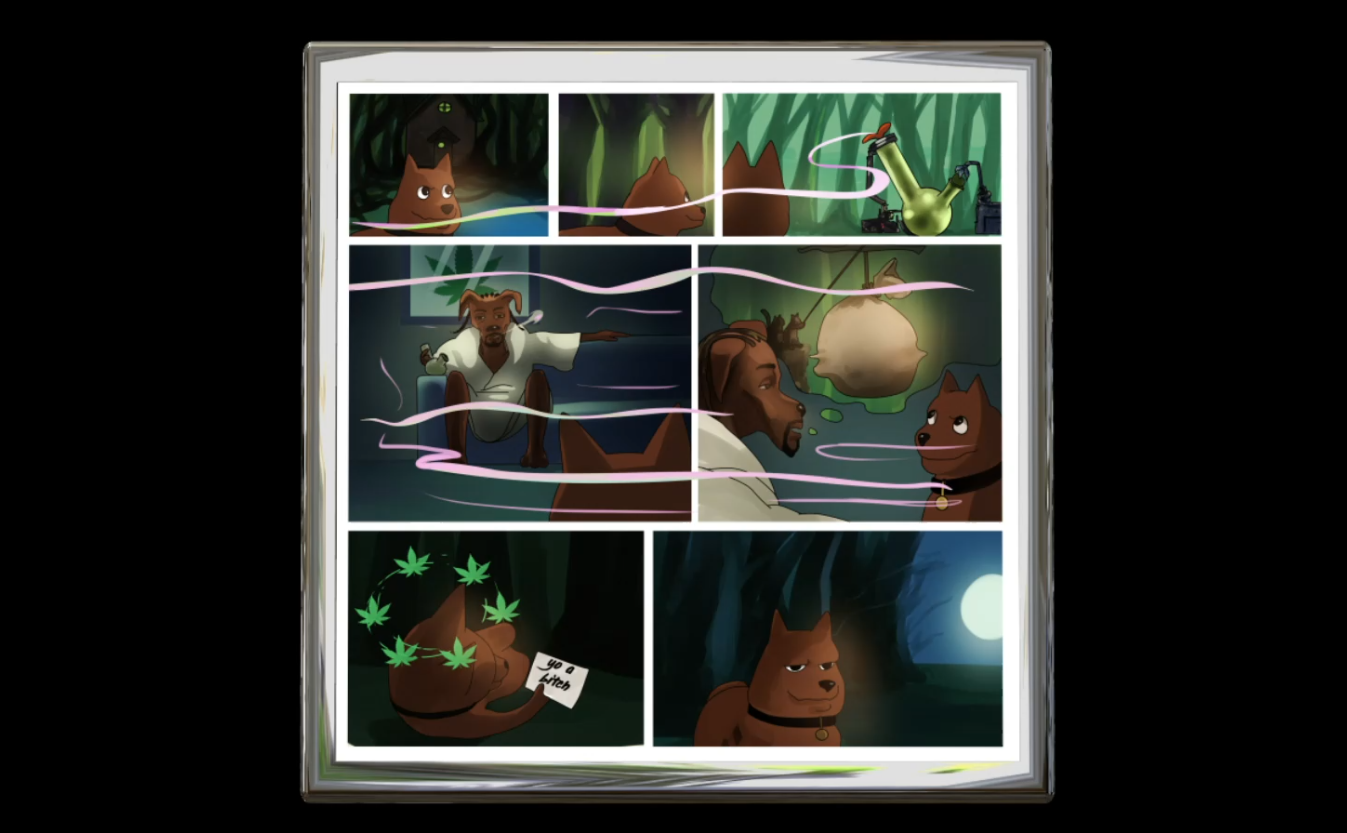 Scoobi leaves princess Cezee’s old tumbledown house. He goes on the indicated path, and his nose makes him feel a strong smell that he cannot define.

Following this strong odor, Scoobi goes on deeper and deeper into the mist; unable to see anything, he uses his nose to move forward. The more he goes, the weirder he feels. The smell leads to an automated giant Bong. There is an automaton that takes care of recharging the socket and a pump that spits the smoke and is therefore responsible for this thick mist inside the Compt’Hood Wood.

A bit further away, there is some music. Scoobi becomes more and more stoned, and he begins to move towards the source of this music.

Once he reaches the kennel in the Compt’Hood Wood, he meets the druid Snoop Dogee Doge there. He is a kind of druid, herbalist, and gang leader. When he meets the protagonists, Snoop Doge makes some gang signs and a C Walk.

Scoobi asks him why he’s a gang leader when he’s all alone. Snoop explains that his G’s have been missing for a few days and that he suspects Cezee’s cats of having set a trap for them. Scoobi explains that this is not the case, and if it was, Cezee would have told him. He continues to talk about Cezee’s depression, ruining his sadomasochistic life because the cats are very calm these days since they aren’t chased and abused by the Bones Gang anymore and then pass out.

Scoobi wakes up outside the mist with a note telling him that he’s a bitch and that he can’t handle the high. He is still a little bit stoned and resumes his way to try to get out of the woods because the night is falling.