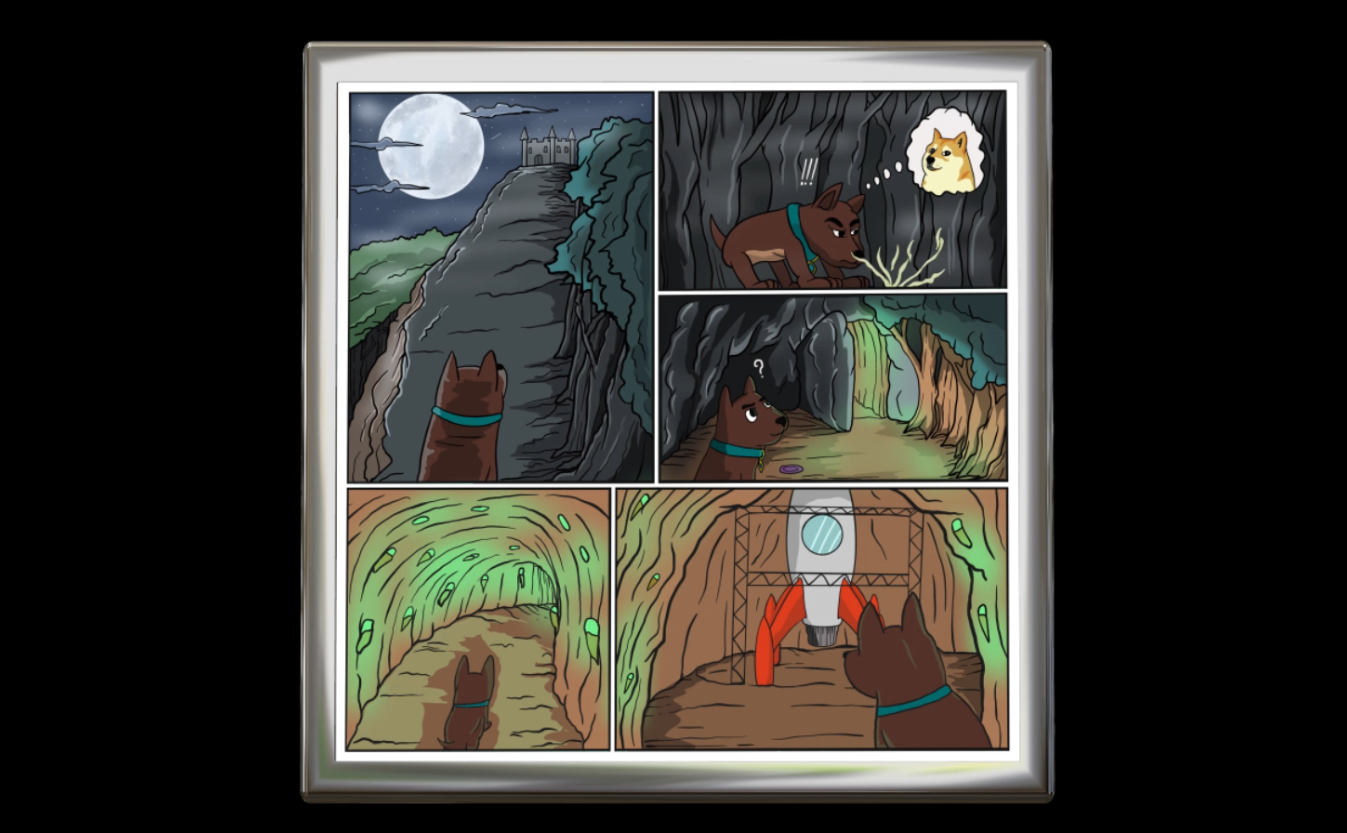 Reaching the edge of the forest, Scoobi is comforted that he is no longer in the darkness of the Compt’Hood Wood.

In front of him, groves, a Transylvanian land. On top of a mountain, there is a mysterious castle with red lights shining through the windows. Scoobi wonders who can live in this helluva mansion. Curious, he heads in the direction of the mountain. When he reaches the foot of the mountain, he realizes that he cannot get to it because it is too big and too steep for him.

His legendary nose tells him that there is a smell of urine coming from another dog a bit further away. Arriving close to the smell, he sniffs it happily. Thanks to his dog’s abilities, he’s now sure that one of his fellows has been here before; his animal instinct tells him that it’s a male Shiba-Inu.

In order to mark his territory, like any good dog who respects themself, Scoobi pisses where the smell is the most intense.

Suddenly, the earth begins to shake violently, and a secret way opens on the side of the mountain. Green lights come on throughout a tunnel, and dog biscuits are on the ground, Scoobi enters the tunnel, leaving the dry dog food on the ground because he only eats Scoobi-Snacks, of which he knows the provenance and the quality.

Once at the end of the tunnel, he gets into a large cave. In this cave, there is a rocket having a German design inspiration, like the one in Tintin on the moon. The dog biscuits lead to this funny rocket; approaching it, Scoobi realizes that there is a vertical tube, like a missile silo, right above this rocket.