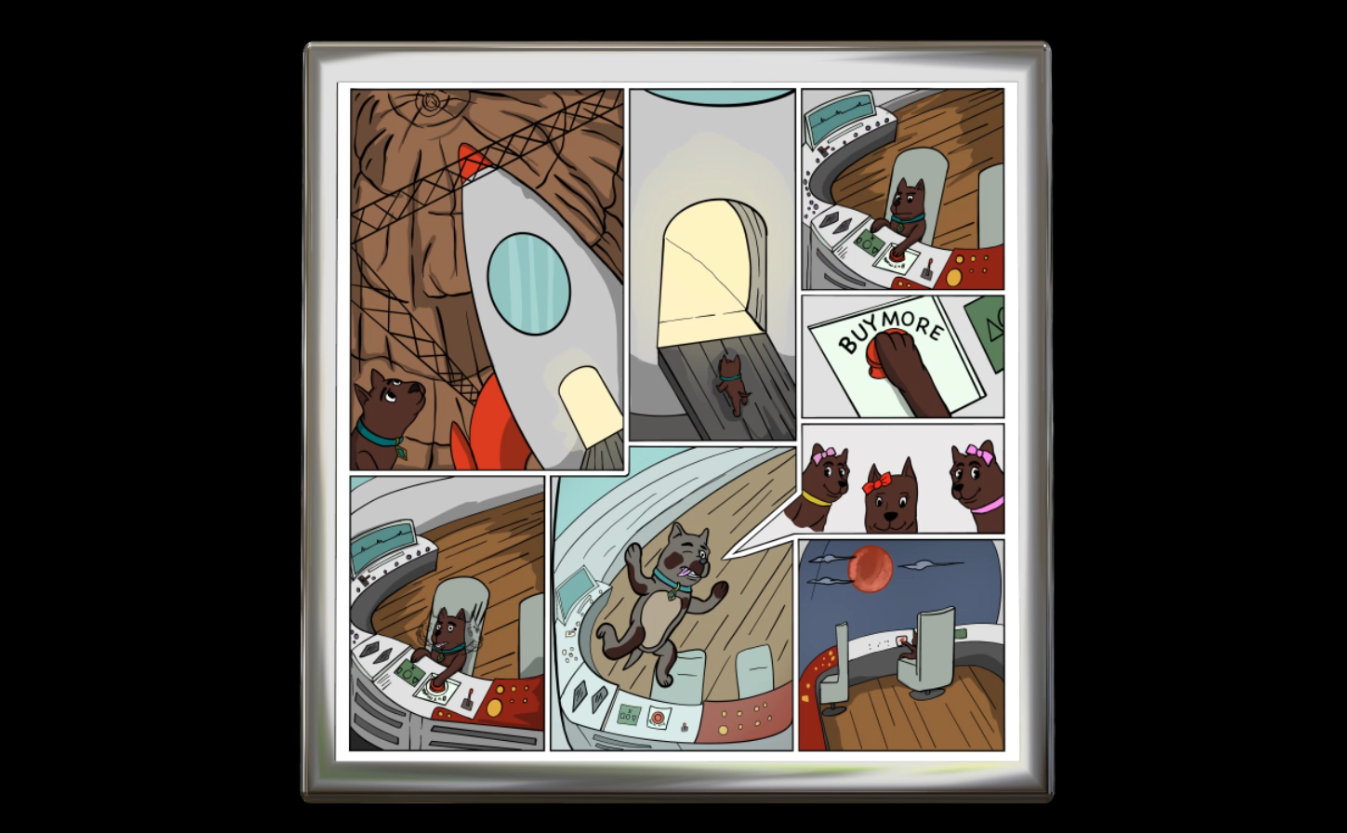 Scoobi sits down in the cockpit; the flight deck in front of him shows a very big red button on which it is written: “BUY MORE.”

Scoobi pushes the red button, and suddenly the engines ignite, the rocket starts shaking, there’s spurt of flame and smoke, and then the spacecraft takes off slowly. Several G’s of pressure causes Scoobi to stick to the bottom of the seat.

The rocket follows the tube above it. Scoobi wonders if he is going to die and hopes that paradise is filled with a lot of dog bitches and tons of Scoobi-Snacks. When the rocket reaches the top of the canal, he sees the outside as well as the moon, which is strangely red.

Abruptly the cockpit unhooks from the rest of the rocket and then goes down very fast to land on a giant cushion; at that moment, he feels again several G’s of pressure that makes him stick to the glass of the cockpit. The propulsion part of the rocket continues its gradual ascent a little bit more then stops, and begins to descend to get back into the silo and will go back to its initial place in the cave at the bottom of the mountain. Scoobi wonders, “what kind of magic makes all this possible.”