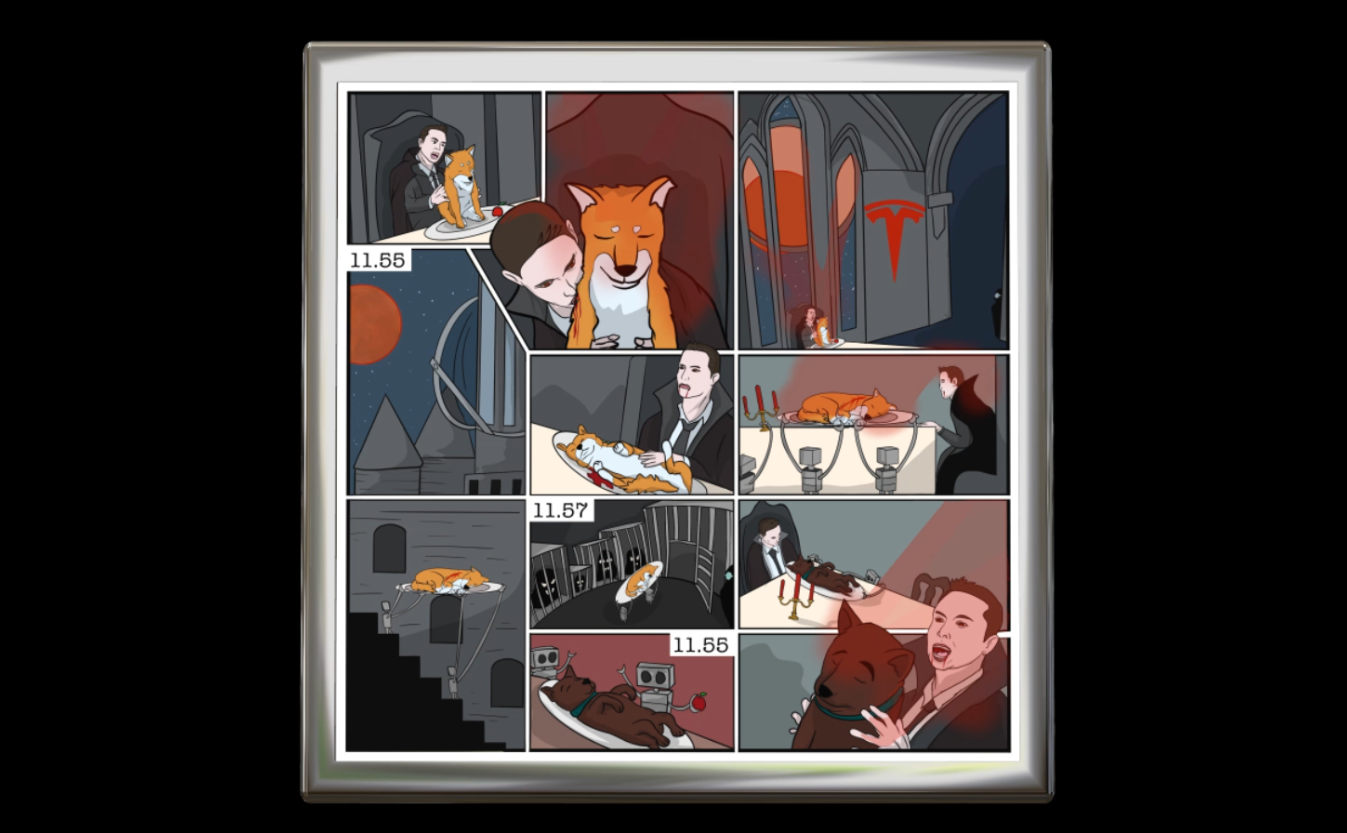 Back to the tasting of the Shiba-Inu with large stained-glass windows in the background, in which we can see the full moon tinted with red.

Draculon Musk has his two canines inserted in the Shiba-Inu. Suddenly, a mechanism is triggered by the hidden brother Boredulon Musk, and the large window opens. Then a second mechanism brings an enormous magnifying glass in front of the window to enlarge and focus the red moon’s rays. It is 11:55 pm, and the moon is almost at its peak.

Draculon puts the Shiba-Inu back on the board; he seems to be dead. The robots take the tray with the Shiba-Inu on it and bring him to a new room in the castle by taking the staircase leading down. This new room is in the dungeons.

The robots carrying the Shiba-Inu arrive in a cache part of a larger hole. There is a lot of cages, and it appears to have some animals locked in. The penumbra does not make it possible to clearly define which animals are there. Boredulon Musk is there watching.

The Shiba-Inu is locked in the largest of all the cages at the far end of the room. This cage is at least 10x bigger than the others.

During this time in the kitchen, the robots serving army grab the tray on which Scoobi is laid out on its back like a pig on a spit, with his paws in the air. They are preparing to server the second meal to Draculon Musk, Scoobi. The time displays 11:55 pm. There is always the shadow of Boredulon Musk with his glasses in the half-light of a half-open door.

11:57 pm — The robots put the tray with Scoobi on the table, at the same place as the Shiba-Inu was. Draculon musk reaches out to Scoobi to start doing the same thing he did to the Shiba-Inu, bite and suck his juice to satisfy his thirst for Doge blood.