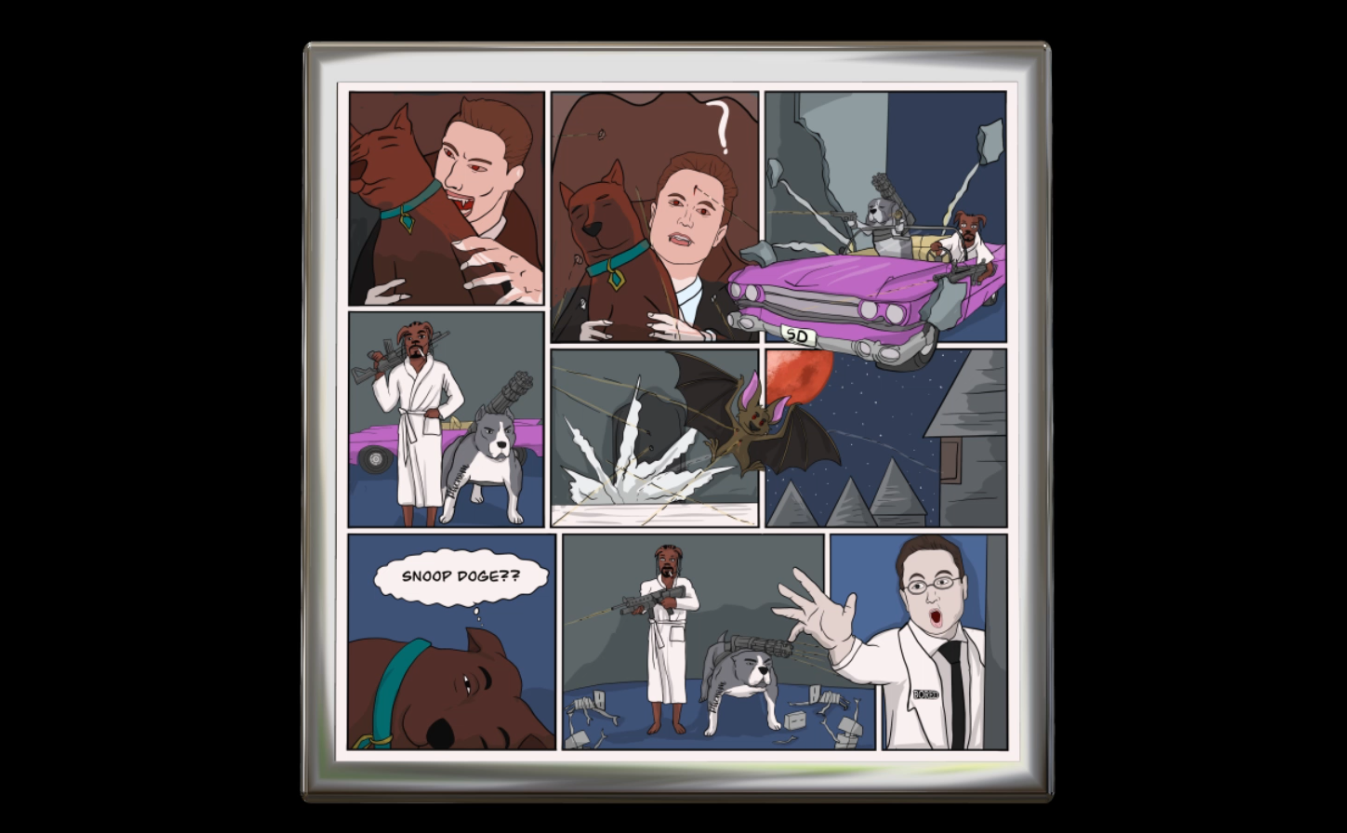 Draculon Musk who is close from biting Scoobi’s neck and sucking his dog blood. He already has one tooth inserted into his neck.

As Draculon Musk is about to suck Scoobi’s neck, there is a thud sound towards the castle’s front door. Draculon surprised, looks towards the big door to see what it is.

The big door opens, and there is an explosion, and from this explosion comes a Cadillac with marvelous hydraulic suspension, a typical west side machine. In this car, there is Snoop doge and another dog unknown until now, Phenom Bullyz, a big heavyweight strong dog. Looks like the engine of this auto is running on weed combustion.

Upon entering the room with a drift, the two dogs introduce themselves with a burst of gunfire. Draculon Musk is hit by bullet impacts, and he is surprised by this intrusion still holding Scoobi in his hands. Quickly Draculon Musk transforms into a bat in order to escape the ambush and goes to the highest tower of the castle to regenerate himself in his crate.

Scoobi wakes up after the fall and tries to understand the situation. In front of him, he sees the other dogs, namely Snoop doge and Phenom, the big heavyweight strong dog in the middle of the room spraying clouds of bullets to the little robots. When suddenly appears from the shadows, a kind of Draculon Musk look-alike, resembling at a scientist, it’s Boredulon Musk, the hidden brother, and he begs them to stop slaughtering his robots’ serving army.