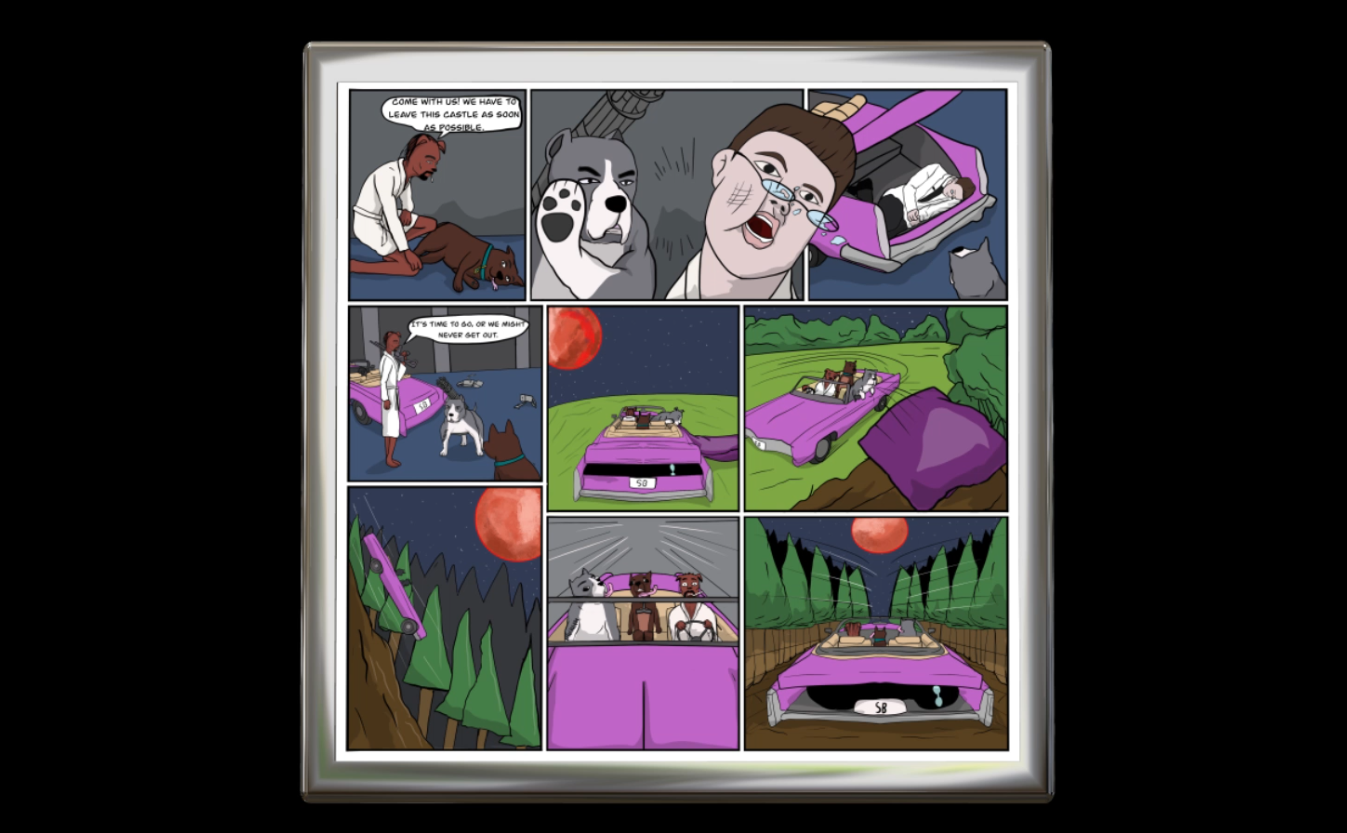 Snoop doge tells Scoobi to follow them because time is running out, and they must leave the castle as soon as possible. At the same time, Phenom the big heavyweight strong dog approaches Boredulon Musk, gives him a big slap on the face, knocks him out, and puts him in the trunk of the car.

Snoop doge tells everyone that it’s time to leave; otherwise, they might never get out of the castle. Scoobi, a little bit surprised by the events, goes to the car and gets in.

SCooBi tells the others that he landed on a huge cushion when he got here and that it could break a fall by being placed at the bottom of the mountain. Snoop doge, who’s driving the vehicle, goes towards the cushion, and Phenom grabs it by putting his upper body through the window. He throws the cushion in the direction of the nearest cliff.

The car and its occupants accelerate towards the cliff. They are worried because they are facing very probable death. The car reaches the void, Snoop doge, as usual, is driving with a big joint in his mouth, and the two other dogs are having their heads and tongues out. Scoobi in the back seat in the middle is surprised by the turn of events. We see the west coast car from behind with the shadow of Boredulon Musk’s and his glasses in the trunk speeding down the mountain.